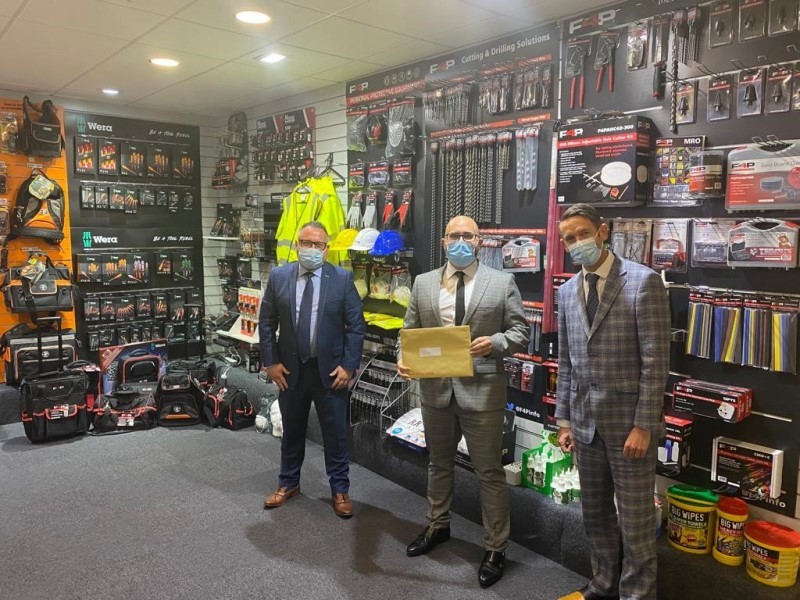 F4P - 02 August 2021:
Huge congratulations to Luke Bywaters, F4P Office Manager, who recently received his 20 years service award.
F4P is one of four companies which make up the Cefco Group. Luke's award is a reflection of his dedicated service to the Cefco Group overall, as opposed to just F4P as an individual entity.
Luke started his Cefco career in the stores of the Witney Division in Oxfordshire, he then moved up to Yorkshire where he continued to work within the stores at the Doncaster Division. After progressing into the Cefco sales office, Luke eventually became the F4P Office Manager in 2014, a role he continues to fulfil today.
From all the F4P Team, well done Luke!
Pictured left to right: Mark Dunning (F4P Business Manager), Luke Bywaters (F4P Office Manager), Adrian Rees (Cefco Managing Director)